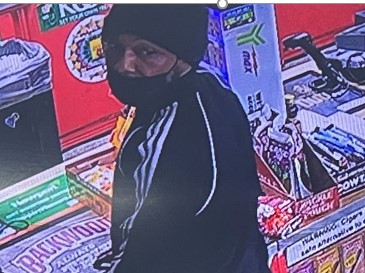 On 11/06/22 at approximately 6:20, ECCS received a report of a robbery at the Valero gas station located in the 800 block of S. Lynnhaven Rd. A black male wearing a black-and-white Adidas track jacket with a black surgical mask and beanie had entered the store at approximately 5:50 and attempted to purchase a Black and Mild with a credit/debit card. He was declined service due to the low price of the transaction. The male left and returned approximately ten minutes later. He walked up to the counter and told the cashier to give him everything in the register. The cashier told him to “stop joking around” since the male had just been in the store. The male lifted his jacket and showed an all-black firearm in his waistband. The cashier realized he was being robbed and turned over approximately $300 from the main register and approximately $150-200 from the money for the Queen machines. The suspect male then fled from the Valero back towards the intersection of Bow Creek Blvd. and Carriage Hill Rd. 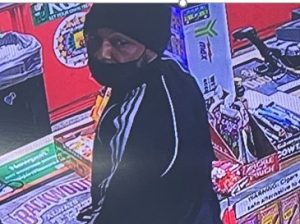 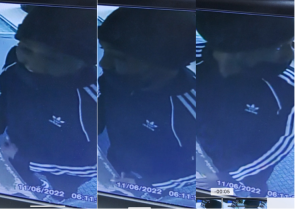 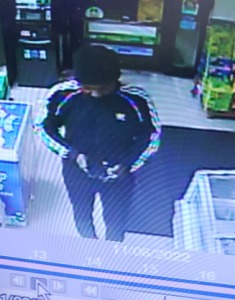