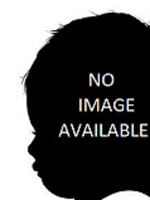 On Wednesday, July 8, 2001, Carlos Ricardo Thomas, a 3 week old white male infant, was found unresponsive in his crib at his home located in the 3800 block of Old Forge Road.  He was rushed to Children’s Hospital of the Kings Daughters where he was placed on life support.  Unfortunately, three days later, Carlos died.  The State Medical Examiner’s Office performed an autopsy and discovered signs of trauma.  The death of baby Carlos was due to homicidal means.