UPDATE;   SUSPECT HAS BEEN IDENTIFIED AND IN HAMPTON REGIONAL JAIL FACING OTHER CHARGES. AS WELL AS CHARGES IN NORFOLK.

The bag was later discovered in the stairwell with the wallet missing.  Missing from the wallet were an ID, debit and credit card. The complainant then received notifications that the debit/credit cards were used at Ocean Waves Beer & Wine Gift Shop at 3212 Atlantic Ave. Two transactions were conducted by the suspect and surveillance footage was obtained. 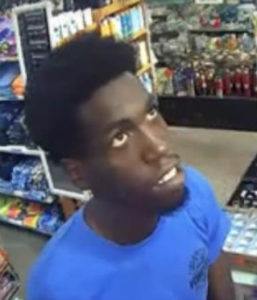