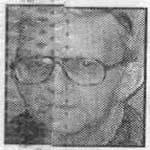 On Tuesday, April 8, 1997 at approximately 6:00 pm, Virginia Beach 9-1-1 received a call for a man suffering from a gunshot at the Military Highway Pawn located in the 700 block of Military Highway.  Once police arrived on scene, a white male identified as 65 year old Joseph Haught was found inside the pawn shop bleeding as a result of his injury.  Joseph was transported to the Trauma Center at Norfolk General Hospital where he stayed on life support until he died on April 9, 1997.
The State medical Examiner’s Office has ruled this death a homicide.